[bctt tweet=”“If I had to choose a superhero to be, I would pick Superman. He’s everything that I’m not.” —Stephen Hawking” username=”inipatrick”]

Two half-drunk guys are in a bar at the top of a skyscraper. The first guy says, “You know, I believe that if I had just one more beer, I could fly.”

The other guy says, “That’s impossible!”

“No, really,” says the first guy. He orders another beer and drinks it down, walks over to the balcony—and jumps off. He starts falling, falling, falling . . . but just before he hits the ground, he stops in midair and flies gracefully back to the top of the building.

“Wow!” says the second guy. “You know, if I had another beer, I bet I could do that too.” He downs his beer runs over to the balcony takes a flying leap . . . and hits the sidewalk with a splat.

The bartender turns to the first guy and says, “You know, Superman, you can be a real jerk when you drink.”

Love your heroes for the things they’ve accomplished. But don’t ascribe traits to them that they don’t have. Hero worship isn’t healthy for you . . . or for them.

BEYOND THE PUNCH LINE 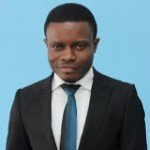